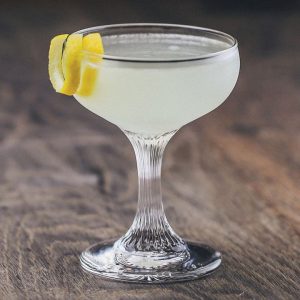 The 20th Century is an old-school cocktail, as you might surmise from the name! It’s named not after the century itself, but rather after the 20th Century Limited train line which ran between Grand Central Station in New York and Lasalle Street Station in Chicago for 65 years, beginning in 1902. Until its last journey in 1967, the rail line provided passengers with a truly first-class experience – among other opulent amenities, a dining car that would transform after the final meal into nightclub Café Century.

Although this cocktail was actually dreamed up by a British mixologist, it’s easy to imagine it being served aboard the 20th Century Limited – it’s in the same style of cocktail as the more-famous Corpse Reviver No. 2, and would make a delightful apertif or nightcap during the overnight trip.

Shake ingredients with ice, then strain into chilled coupe glass. Garnish with a lemon twist.

Find past editions of our monthly newsletters HERE

Search for a Recipe:
Cocktail Repository
Visit our online cocktail guide, which is sorted by spirit, for more recipe ideas, and find the archive of past cocktail posts and other news here. 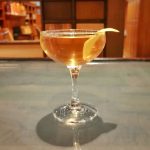 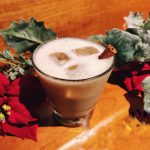