In March 2018, for the first time ever, we released some of our malt whiskey by the bottle. It was a limited, commemorative run – just 100 bottles were sold, and each was autographed by our master distiller.  Though we’ve been making whiskey for over twelve years now, that was the first time we sold any by the bottle. Call us old-school, but we believe that great whiskey takes time.

Since 2012, we’ve been serving our malt whiskey in our tasting room on just one weekend a year, the one closest to St. Patrick’s Day. Our malt whiskey is in the style of some of the finest small-batch Irish whiskeys we have had, so we thought it was a fitting time to share it with the world.

2019 Release – Growing in Scale
2019 marks another important step in our whiskey’s development. This year, we’ll again be serving our malt whiskey, and we’ll be selling bottles. This time, we have more bottles – we expect it will be around a bit longer than last year, and we’ll be featuring it on our tasting room menu for awhile (until it runs out again).

About the Whiskey
For this whiskey, we started with malted barley. We fermented the barley in-house, and then distilled through Ethel the Still. Then, we filled some full-size used bourbon barrels with it, and let them sit in our distillery on our house-made racking system. We moved them when we moved to our new location a few years ago, even.

This particular whiskey has been made with a blend of our aged barrels – the youngest in the mix is 7 years old, and some of the whiskey is quite a bit older. Overall, this blend is a bit older than last year’s release.

Tasting Notes
This whiskey demonstrates the style and flavor profile we’ve been seeking all these years – it has a rich, inviting nose of malt, with hints of spice, heather and eucalyptus. On the palate, it is delicious, smooth and nuanced, starting with a spice note, leading to a rush of velvety smooth malt, accents of honey and fruit, and a dry finish, with rich notes of rye spice and orange.

We will pour it for the first time on Friday, March 15, 2019, and begin selling bottles on Saturday, March 16. Stop by for a dram and see what we’ve made – Sláinte!

Email Newsletter Archives
Find past editions of our monthly newsletters HERE
Latest Cocktail Posts
Search this Site
Full Archive
Looking for a past article, or want to comb through our archives? HERE YOU GO 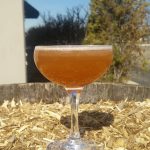 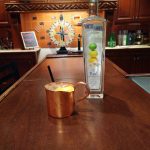