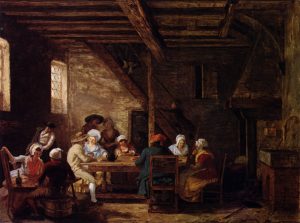 Bars in the United States have always been popular gathering places, whether as the taverns of the 18th century, the saloons of the 19th century, or the bars of the 20th century and today. In each of these eras, these public spaces where people could drink and discuss became the seat of political and social discussion and change. In the 1700s, before the United States even existed, taverns functioned as much more than just an establishment that provided lodging, food, and drink – they were also some of the only truly public places for gathering. In our modern day where libraries, coffee shops, malls, restaurants and public parks are abundant it can be strange to think that at one time such places were essentially nonexistent. When taverns sprung up in the newly settled areas, they became the first places in the New World where people could gather for longer periods to drink, discuss, and debate. These conversations often centered on the latest news and politics, since the postal service used those same taverns as mail depots to drop off news by word of mouth, letters, and newspapers, which the literate townspeople would read aloud to their illiterate neighbors and then discuss together. Conversation over a tankard of ale became the way to carry on public discussions. 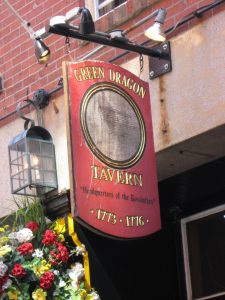 By Chadarby from Wikimedia Commons

Naturally, these discussions of public affairs eventually lead to action; as anger spread through the colonies at their treatment at the hands of the British, people gathered in their local taverns to discuss, debate, and plan. One location, Boston’s Green Dragon, hosted the Sons of Liberty, who probably planned the Boston Tea Party within its walls. As a result of their position as centers of stimulating discussion, taverns became the seat of the Revolution. Militias were recruited in their local taverns; the Founding Fathers gathered at taverns to argue over the Declaration of Independence, the Constitution and the Bill of Rights; George Washington gave his farewell address to his officers in the Fraunces Tavern in New York, and that same tavern for a short time hosted the United States Congress after its inception.

Political discussion continued in these places as the fledgling United States grew and expanded. In addition to taverns, saloons that were dedicated drinking places emerged throughout the 19th century. These saloons, which truly catered to everyone, carried these discussions through to the Prohibition. However, in the latter half of the century the Prohibition movement gained steam, and soon the 18th amendment was passed.

There were still spaces for gathering and drinking during the Prohibition, although they were far less public. Those who could afford it gathered in speakeasies in the back of restaurants, barbershops, and other businesses. Once Prohibition ended, people gladly returned to their old haunts, and new bars sprang up. The 1960s and 1970s were periods of great change in the United States, and some of the biggest movements started in humble urban dive bars where people could gather together.

From before the United States’ founding, its tradition of exchanging political ideas and debating over a drink has provided an opportunity for people to gather and put a face to the thoughts of the day. Throughout the tumultuous history of the United States, taverns, saloons, and bars have provided a convivial atmosphere to drink and have a friendly discussion about the issues of the day. Although political issues have always been contentious, taverns have provided a neutral space. We hope that these Drinks & Discussion events will provide an opportunity to carry on this tradition that dates back to the founding of this country and before. 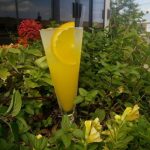 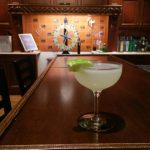