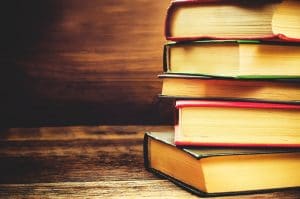 Join us for the next meeting our our boozy book club! We read books with cocktails/drinks in them, then we discuss the book while enjoying some cocktails and spirits that are consumed within the pages of the book. Cost per person is typically $10 for the cocktail samples plus tax/tip, and each person brings a snack for sharing.

2020:
January: The Maltese Falcon by Dashiell Hammett
February: The Storied Life of A.J. Fikry by Gabrielle Zevin
March & April: Postponed due to coronavirus (no book/get together)
May 2020 (virtual): The Ghosts of Eden Park by Karen Abbott
June 2020 : (virtual) The White Tiger by Aravind Adiga

2019:
January: How’s Your Drink? by Eric Felten
February: Destiny of the Republic: A Tale of Madness, Medicine and the Murder of a President by Candice Millard
March: Hidden Figures: The American Dream and the Untold Story of the Black Women Mathematicians Who Helped Win the Space Race by Margot Lee Shetterly
April: A Sidecar Named Desire by Greg Clarke
May: The Cocktail Party by T. S. Eliot
June: summer break (no book/get together)
July: Educated by Tara Westover
August: Cathedral by Raymond Carver (The short story collection)
September: What Lips My Lips Have Kissed: The Loves and Love Poems of Edna St. Vincent Millay by Daniel Mark Epstein
October: Casino Royale by Ian Fleming
November: The Sound and the Fury by William Faulkner
December: Short Story Collection: A Christmas Memory, One Christmas, & The Thanksgiving Visitor by Truman Capote

2018:
January: Rules of Civility by Amor Towles
February: Last Call at the Nighshade Lounge by Paul Krueger
March: Dodsworth by Sinclair Lewis
April: Eleanor Oliphant is Completely Fine by Gail Honeyman
May: The Sun Also Rises by Ernest Hemingway
June: A Gentleman in Moscow by Amor Towles
July: Tangerine by Christine Mangan
August: To Have & Have Another by Philip Greene
September: The Great Believers by Rebecca Makkai
October: Hitchhiker’s Guide to the Galaxy by Douglas Adams
November: The Rosie Project by Graeme Simsion
December: Christmas Confessions and Cocktails: A Humorous Holiday Memoir by Vicki Lesage

2017:
April: The Great Gatsby by F. Scott Fitzgerald
May: The Razor’s Edge by Somerset Maugham
June: The Drunken Botanist by Amy Stewart
July: The Long Goodbye by Raymond Chandler
August: summer break (no book/no get together)
September: The Cat’s Cradle by Kurt Vonnegut
October: Fear and Loathing in Las Vegas by Hunter S. Thompson
November: Whiskey Women by Fred Minnick
December: The Bahama Queen: The Autobiography of Gertrude “Cleo” Lythgoe